Short stories for a long Journey

What makes a good wine? Ask a dozen people and get a dozen answers. I’ll state from the very onset that I have very limited knowledge about wine, no connoisseur here, I only drink the stuff, so that puts me with the 99% who haven’t a clue either. Am I qualified to make comment then? I think so, because it’s the 99% that drive the industry. For these people only one criteria that matters – liking the taste or not.

I was brought up in an area surrounded by some of the better wine growing districts in the world. (The French might not agree.) Neither of my parents drank alcohol, so it wasn’t until I became an adult that I started drinking wine. Beer and spirits never appealed. One you had to drown in lolly water to make it drinkable, the other was bitter and bloating. Wine is neither. After developing a palate for the reds tannin in preference to the mostly sweet whites, I found red to be the most satisfying to consume. By volume, it doesn’t bloat and usually complements the food I ingest. A glass of Shiraz goes down well with a McDonalds hamburger! (Philistine I hear you scream.)

This brings us to last night. Our friends invited us for dinner at their place and I was specifically asked not to bring a bottle as the host had a cupboard full that needed to be drank. Been given the honour of deciding what to drink, I inspected the 10 bottles on show and earmarked 2 for immediate drinking. Both were close to 10 years old. One of those, a Merlot 2005 from my old home town was opened first.

As most of us know, proper storage of wine is critical if you want to create the conditions necessary for it to reach its full potential. You couldn’t imagine a worse case scenario in this case, storage in a non air-conditioned room standing up right.

My worst fears were realised when the cork started to disintegrate during removal. In fact, it broke in two and I could not get enough purchase on the remaining cork, so I did what any good wine expert (cough,cough) would do… use a knife to push the recalcitrant cork fragments into the bottle.

Finding a tea strainer and plastic container I filtered as much of the floating cork particles from the wine as feasible. Two attempts later, all of the contaminate was removed or as much as the naked eye could tell.

Oddly the wine had little nose. In other words, I couldn’t smell anything that clearly resembled any wine I knew, just a nondescript slightly sweet bouquet. The colour was unusual as well, chocolate brown with a dash of blood red.

All this pointed towards a tasting disaster, but to our utter astonishment it was tasting extravaganza. What a pleasure to the palate, smooth and silky, sliding down the throat, leaving a delightful after thought behind. Even the non drinkers were impressed. And to top it all off, we displayed no after effects the next day.

So it goes to show, in this case what should have occurred didn’t happen.

In the end it’s the taste to you that matters and not any extensive wine knowledge.
Having said all this though, I have recently witnessed wine being mixed with coke! Now there is a limit to everything. 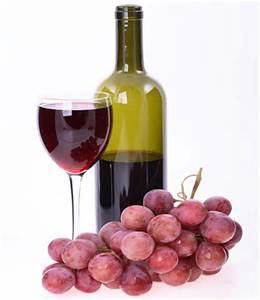